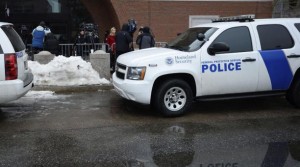 From today a jury of 12 persons will be responsible for deciding the fate of the only one accused of provoking the attack at the Boston Marathon that left 3 dead and 264 injured two years ago. Djokhar Tsarnaev faces 30 charges, 17 of which carry the death penalty. The young man has pleaded not guilty to all charges against him.

Djokhar Tsarnaev, Muslim of 21 years, was accused of using a weapon of mass destruction and of killing, along with his deceased brother, a policeman during his escape.

The Tsarnaev brothers are accused of having planned these attacks, thus, the defense intends to describe Tsarnaev as the leader, the chief conspirator without whom nothing would have happened.

The jury will decide whether to give the death penalty or life imprisonment, the only possible options if convicted.

Djokhar Tsarnaev became a US citizen in 2012 and studied at the University of Massachusetts in Dartmouth, near Boston.