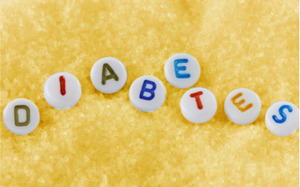 It is a day to campaign on awareness about the disease and takes place every year on November 14. More than 160 countries joined this crusade and various monuments around the world are illuminated in blue as a sign of hope for people living with this disease and for those who are at risk of developing it. In Guayaquil, the municipality illuminates La Rotonda in this colour.

This day was established in 1991 by the International Diabetes Federation (IDF) and the World Health Organization (WHO) in response to the increase in the diagnosis of this disease. Its goal is to educate about diabetes prevention and the good management of the condition, as well as diseases related to it and the quality of life that can be achieved with proper management.

The date was chosen because of the birthday of Frederick Grant Banting, who, along with Charles Best discovered insulin, which turned diabetes from a fatal disease to a manageable disease.

This disease, each year, have a higher number of patients, despite the fact that it can be prevented. In Guayaquil the attention of people with diabetes have increased by significant percentages. Among the symptoms of someone suffering from diabetes are:  excessive thirst, low weight, hunger, fatigue, frequent urine, infections in the skin, slow healing and vision problems.

According to data provided by WHO, in the world there are about 348 million people with this disease that can cause blindness, amputations and kidney failure.

For experts, the problem lies in the lack of attention and prevention of the population and they agree that persons in the pre-diabetic stage can counter the condition  in 60% of cases, by walking 30 minutes, daily.

Treatment ensures that if a professional works with a patient the first weeks or months of the illness and keep it controlled the first year, it will achieve  an effect called metabolic memory that prevent the affections inherent in the disease.

Superintendency of banks calls for control in year end expending