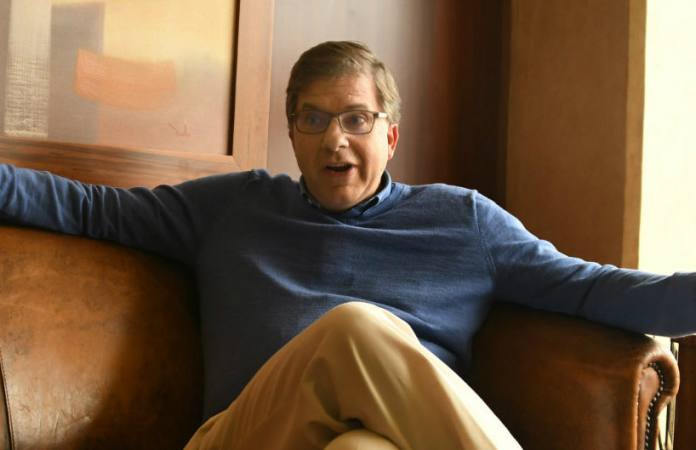 The US ambassador in Ecuador, Todd Chapman, said this morning during an interview in City News that corruption cases such as the Fifagate case and Odebrecht are like cancer for any society.

Chapman said that the fight against corruption of these issues is not only Ecuadorian but international. “We are committed to Ecuador to continue cooperation on these crimes and in that I have direct access to the Attorney General (Carlos Baca) to find corruption within Ecuador and they are using the United States to launder the assets,” he said.

The official explained that corruption affects the North American country when assets pass through the financial system. “That’s a crime in the United States, that’s why there is this cooperation between police,” he said.

Chapman indicated on the tariff preferences that the country would be part of the benefit. However, he stressed that it was not yet renewed by the US Congress. “They have to make a decision on that, they are going to decide at the end of January, but we really do not know, we are awaiting the action of our Congress,” he said.

He also referred to the Bilateral Investment Treaties (BITs), punctually to the request for denunciation of 12 treaties last May by the previous government. “It was a sovereign decision of Ecuador to reject the BIT, not only with my country, with many countries in the world,” he said.

In that context, he considered that this is bad news for Ecuador because it sends the signal to investors that “it does not want to give this additional protection.” Chapman affirmed that the current regime wants to propose a new bilateral treaty, but emphasized that the problem lies in that “it has to enter into negotiation and for us in the United States, it needs to be approved by our Congress, that takes a long time, then that’s something worrisome, but we will continue to negotiate and see if we can find a solution, “he said. Migration policy “We do not want to see illegal migration and that is logical for any country: to control its borders to know who is entering and to have the sovereign right to decide who is in our country,” said the ambassador in relation to immigration policy. In addition, he stressed that the number of migrants has dropped and clarified that the opening to do business and tourism continues. Last December 9, the US Department of State He said he has begun to fully implement the immigration ban for six Muslim-majority countries.

The ban decreed by President Donald Trump orders the State and National Security departments to restrict the entry of people from six countries – Chad, Iran, Libya, Syria, Somalia and Yemen -, as well as from Venezuela and North Korea. Fight against drugs Chapman said he is working with the government of Lenin Moreno and Interior Minister César Navas on several training and information management mechanisms to fight against drugs.

“Ecuador is an important partner for us,” he said, adding that progress is being made on issues of education, the environment, tourism, foreign trade and so on National security The ambassador of the United States in Ecuador pointed out that in terms of national security there are four pillars in the strategy: protection of the country and borders; Prosperity promotion, advance US influence in the world and preserve international peace. (I)

Banking polishes the ‘electronic wallet’ service; it will begin in February