Tourism, handicrafts and fishing, the priorities of the Assembly 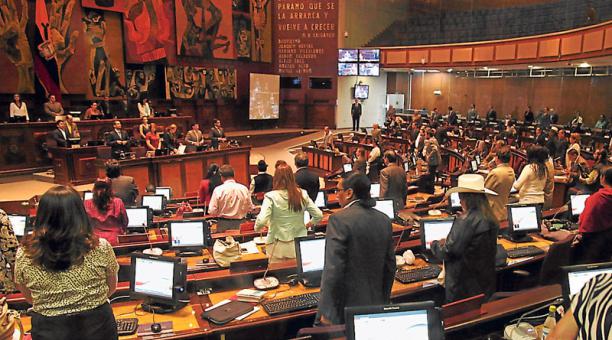 In this last year, legislators plan to focus on laws that boost the economic recovery. Among others: Tourism, Fisheries and Artisan Development. These priorities were announced by Gabriela Rivadeneira.

The president of the Assembly explained that “the agenda is flexible and changes according to the political and economic situation”. So, after approving the Solidarity Act, which will benefit the families affected by the earthquake of April 16, right now the objective is to promote tourism in Manabi and Esmeraldas, and other activities that generate revenues.

Rivadeneira said that there are 800 000 families engaged in the crafting activities and they need a provision that guarantees their rights.

She received the proposal of the two major unions in the sector last Thursday.

This week, the Economic Development Commission, chaired by Soledad Buendia, of the Alianza Pais party, shall submit a timetable for the treatment for the Artisanry Development Law.

Buendia will meet with union representatives and public and private authorities that are involved in the activity, in order to reach agreements on that calendar.