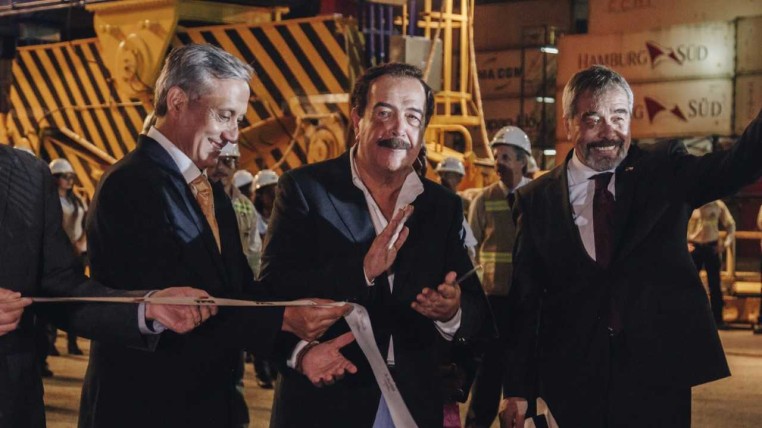 New docks and the two largest cranes in the country. Guayaquil´sTerminal Port (TPG in spanish) inaugurated on Monday its expansion project which was called ‘Hamburg’.

As reported by EXPRESO, TPG, a subsidiary of the Chilean group SAAM, invested from 2016 in infrastructure, to the point of obtaining a leasing agreement for the bulk facilities of the ´Trinipuerto´, in the Trinitaria and the authorization of 4.5 additional hectares for support zones, totalizing 22,2 hectares.

The investment, highlighted by the mayor of the city, Jaime Nebot Saadi, is $ 60 million, which achieves an extension of its berth front, new areas of support, a system for bulk transfer and modern equipment, “as the largest cranes in Ecuador. ”

TPG transforms into a multi-purpose terminal with both container and bulk transfer, “to adequately respond to new contracts and customers that will allow it to double its cargo movements.” The new services: Consosur, Mediterranean, America, Asia and Eurosal, which will connect 22 nations on four continents.

“We are concluding an important process for our terminal and for Guayaquil, positioning us as one of the main port actors of the country, which will allow to support Ecuador’s foreign trade and also the employment, because thanks to this expansion we will generate 165 additional job places” , Said TPG’s CEO, Enrique Brito.

According to Nebot, this project is due to the confidence in what is coming to Guayaquil: the dredging of the access channel “at no cost to the city and its citizens.” (I)

Ecuadorian violinist to be part of the Orchestra of the Americas