In the province of Santa Elena, in the Ecuadorian coast, the citizens ask authorities to save them. Several military and civilian trucks carry people while the soldier, with a human chain, contains the desperate mass of people that has gathered in the sides of the road to get on board any vehicle. Police officers handle the evacuation traffic and organize the people. 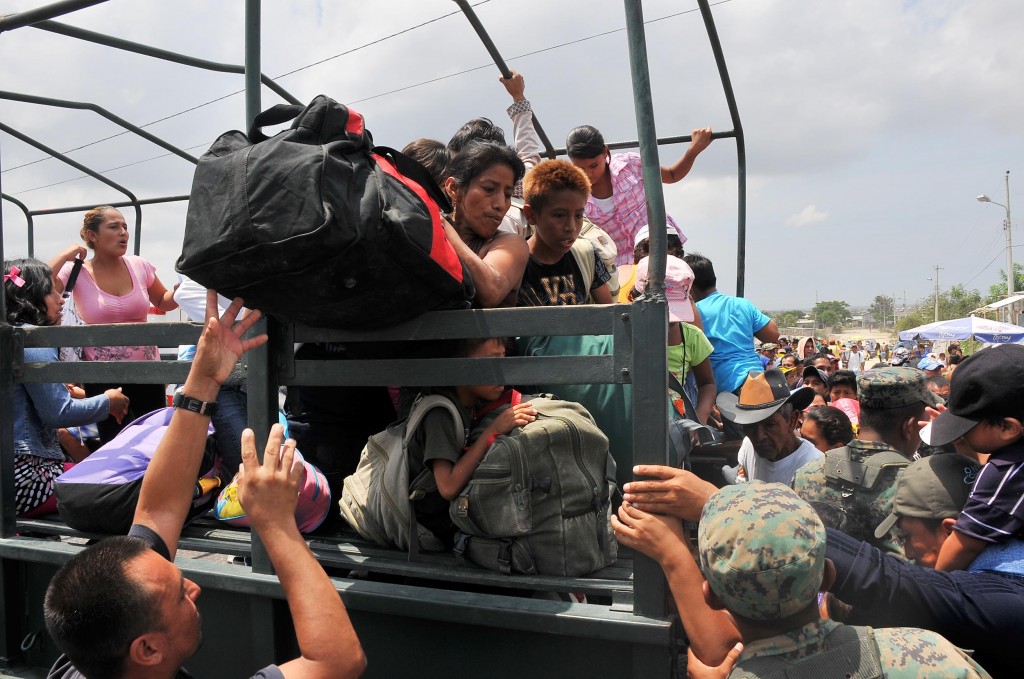 In the unbearable coastal heat, civilians carry their bags and make a line in order to get safe transportation out of the Santa Elena province, sector K1. The vehicle flow is endless; however, the runaways are relatively calm and obeying the orders of the officers. Small medical tents have established near the evacuation to attend possible injures and sunstroke victims.

Currently the National Transit Director, Ricardo Anton, arrived to the scene along with CTG Coronel Lalama. The Transit Director brought several CTG officers to help with the evacuation.