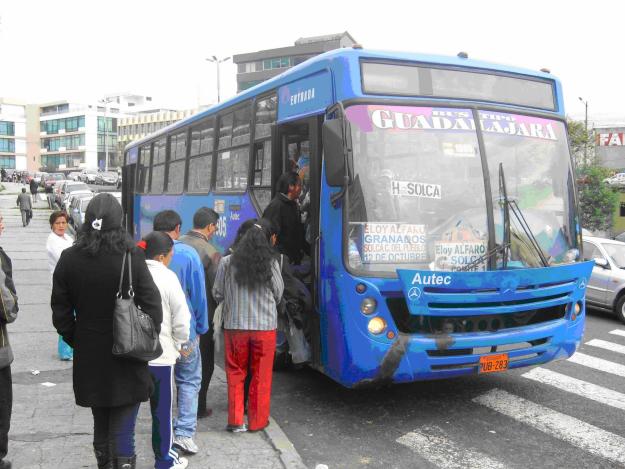 Today, September 1 at midday, national transport unions will meet with President Rafael Correa to discuss the increase on bus fares by 25%.

However, Abel Gómez, President of the National Federation of Cooperatives of Public Passengers Transport (Fenacotip for its Spanish acronym), assured he had not been notified of the meeting. This group was the main driving force last week in Santo Domingo.

Gómez stated that the request he made to the President is the authorization to the National Traffic Agency to apply Resolution No. 007-DIR-2012, which consists in the increasing of urban bus fares to $ 0.42 . Currently the price $ 0.25.

Meetings with the Mayor of Quito Mauricio Rodas are also prepared, because competition of urban transport lies on this local institution. He would also have been asked an increase of the bus fares.