Triumph of the FN worries Hollande in France 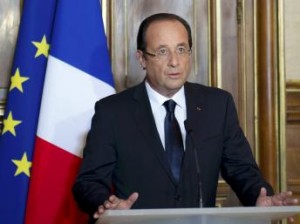 The European People’s Party (EPP) won yesterday’s elections to the European Parliament (EP) and became the first force in the Parliament with 211 seats, according to preliminary estimates unveiled .

The European elections have been cause of concern for the government of the French President François Hollande, with the victory of the National Front (FN for its acronym in french) of the far-right in this country.

Hollande have seen as ” an earthquake ” this triumph of FN and summoned his ministers to a crisis meeting today.

In Germany, the conservative bloc of Chancellor Angela Merkel won the European elections, reaching between 35 and 36 seats, while in Italy (PD) the Democratic Party of Prime Minister Matteo Renzi imposed with a 33%.

In Portugal, the main opposition party, the Socialists (PS), won the election. Similarly, in Greece the radical left coalition Syriza won, achieving 26 to 30 % of the votes.