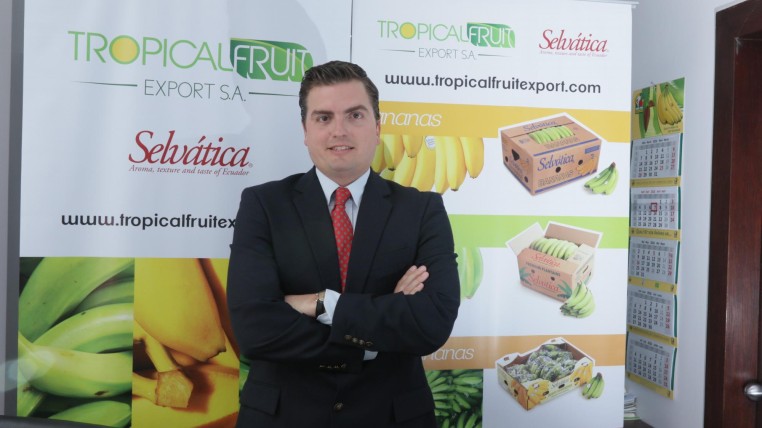 He is 33, but carries on his shoulders the challenge and responsibility to carry forward the company where he works. A year ago, Oswaldo Menendez accepted the proposal of being the CEO of Tropical Fruit, one of the most important banana exporting companies in the country, that under his leadership, poses new challenges in the international market.

Menendez had to accumulate enough experience before being called by Tropical Fruit. His business career, he tells, began at age 22 in Costa Rica, after graduating as an agricultural engineer at Earth University; but his best school in Ecuador was the exporting company Bonita. “There I worked 7 years, I started as a quality supervisor in Piñas, but it was the opportunity I had to grow … I was working there when they contacted me to face this new challenge.”

He landed in Tropical Fruit three years ago. In 2015 he received the proposal to leave his position as Director of Operations and Logistics to take the reins of this company. Menendez argues that this firm was founded by Edmundo Uribe 12 years ago. He began exporting various kinds of fruits to finally find his ‘north’ in the banana market.