Tropical storm and floods generate deaths in the Philippines and Malaysia 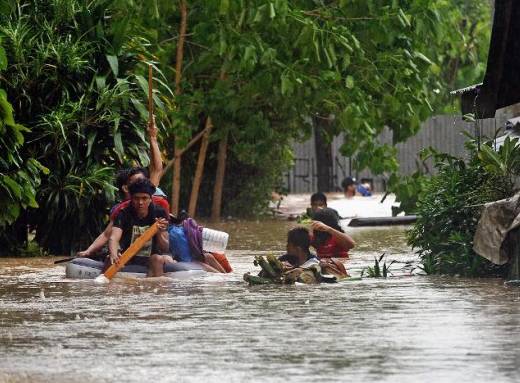 At least 30 people have been killed by floods caused by tropical storm that hits the Philippines two days ago, according to the latest official figures released this Tuesday, and another 10 people have lost their lives in Malaysia.

Heavy rain fell upon fishing and tourist areas of the islands of Bohol and Cebu this Tuesday, where about 1,700 people were evacuated, and could affect the tourist island of Negros.

An eight year old girl drowned in the coastal town of Ronda and six people in their homes are missing.

In addition, two teenagers were electrocuted when were wading a watercourse in Loon, in the province of Bohol, and in Leyte other five people were killed when their house was buried under a landslide.

Every year, scores of tropical storms often fall upon Philippines, some of which come under the category of typhoon, as Hagupit, which left 27 dead in early December.

In November 2013, the super typhoon Haiyan, the most violent of which have touched down, left at least 7,300 dead in the country.