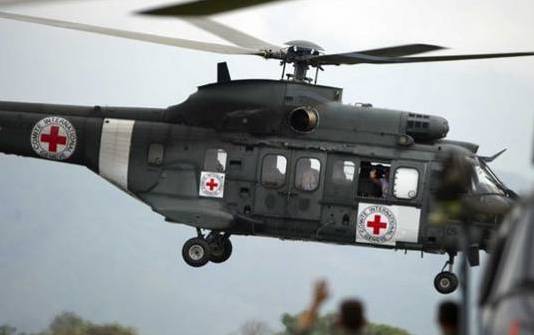 Soldiers Cesar Rivera and Jonathan Diaz, kidnapped by the FARC on November 9, have been released on Tuesday in a humanitarian operation by the International Committee of the Red Cross (ICRC).

The humanitarian delivery has occurred in an area near the town of Tame, in the Arauca department, on the border with Venezuela.

Both soldiers were examined by an ICRC doctor, who found they were in good condition to be transferred to the Military Hospital of Bogota with representatives of the Army.

The FARC confirmed the release of the military and said that, from now on, “efforts will focus on the release of General Rubén Darío Alzáte and his companions, Petty Officer Jose Rodriguez Contreras and lawyer Gloria Urrego.”

“This is an important step that demonstrates the maturity of the peace process and gestures of peace all Colombians claim,” said Colombian President Juan Manuel Santos, according to EFE.