Two meetings will be held in Guayaquil to discuss amendments 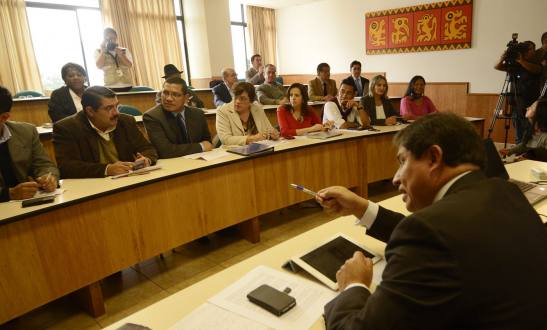 Assemblymen that propose changes to the Constitution and former constituents who want to stop them, will gather in Guayaquil, separately, but to analyze the same issue.

On one side there are the eleven members of the occasional commission that processes the proposal in the legislature, who were invited to the second day of ‘socialization,’ at the Universidad Católica de Santiago de Guayaquil.

Furthermore, there are several former Assemblymen seeking to organize a forum at the University of Guayaquil.

They indicate that they will discuss amendments regarding the referendum, election, Armed Forces, Comptroller, Ombudsman, Social Security and communication as a public service.

Meanwhile, the forum will be attended by around 14 former constituents and “unions and popular organizations,” according to what its organizers said in a statement.