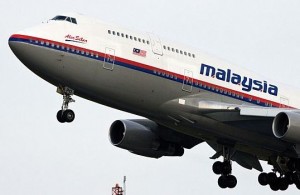 Two teenagers, relatives of the victims of the Malaysia Airlines Flight MH370, filed a lawsuit against the airline.

The minors (11 and 14 years old) believe that the company was negligent and did not make everything needed to ensure a safe flight, said their lawyer Gary Chong.

In their argument, the teens ask compensation for “the deep emotional wounds, strong mental pain and anguish,” as well as the loss of family support since the plane disappeared.

The father of the minors, Jee Jing Hang, was one of the 289 people aboard on the MH370 flight, which disappeared from radars on March 8, shortly after the plane tookoff from Kuala Lumpur, with destination to Beijing.

The minors have also sued the government, the civil aviation authorities and air forces, considering they did not react quickly enough.