U.S. Department of State would help Sudanese woman to leave the country 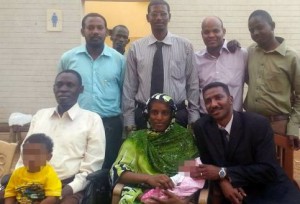 The State Department of the United States is in conversations with the government of Sudan to ensure that Meriam Ibrahim, 27,  who has been sentenced to hang for renouncing Islam and later released, leaves the country safely, according to BBC World News.

Ibrahim was arrested yesterday along with her ​​husband and two children at the airport in Khartoum, a day after her release.

According to the spokesman of the U.S. State Department, Marie Harf, Ibrahim and her family were “detained at the airport for a few hours to be questioned by issues related to the trip”.