U.S. without funds because of the Republicans according to Obama 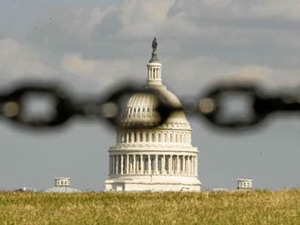 About 800,000 federal employees are temporarily unemployed and without pay since yesterday. This began from the first partial government shutdown of the United States in 17 years, an event that occurred by the confrontation between President Barack Obama and congressional Republicans on a health reform.

Through a law to fund government tasks, the Congress blocked most operations and services yesterday for the lack of funds.

Obama accused Republicans of carrying out an “ideological crusade” against his health insurance law, which requires companies to pay health insurance to their employees and provide government subsidies to people who do not have money to afford one.

Obama called on Republicans to “reopen” the Federal Government, because many of their activities are stalled since last Tuesday for lack of funds. Obama warned that the longer duration of the closure, the “worst” will be its effects.

According to Obama, the closure “has nothing to do with the deficit or budget. Its meant to block our efforts to provide health insurance to those who do not have one.”