Ukraine: At least 15 dead after projectile impact in bus stop in Donetsk 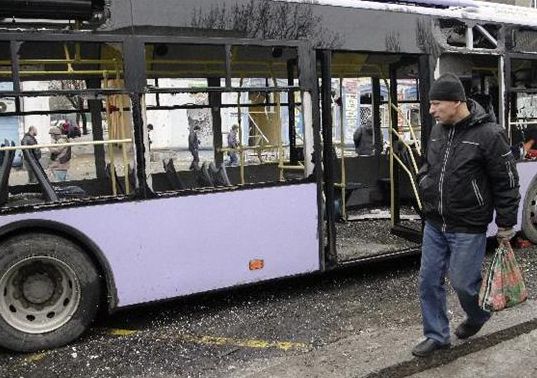 An artillery attack perpetrated on Thursday against a public transport stop in the pro-Russian Donetsk left at least 15 dead as balance.

A rocket hit the stop in the morning, in front of which there was a trolley and an undetermined number of passengers and bystanders, of whom around twenty were injured.

The special mission of the OSCE in eastern Ukraine sent a group of observers to the scene.

“We have sent a patrol group so they can assess the situation. On the basis of the security situation, we will offer our assessment as soon as possible,” said the spokesman of the mission, the Canadian Michael Bociurkiw.

The rebels also reported the deaths of at least four other civilians during the last 24 hours in the Donetsk region.

Ukrainian Prime Minister Arseniy Yatsenyuk said that the responsibility for the dead of the Donetsk bombing, aforementioned, lies on Russia.