The Ukrainian Ministry of Interior confirmed on Friday that three of its helicopters were distroyed, two soldiers were killed and several were injured during in hands of pro-Russian militias during the operation launched to regain control of the city of Slaviansk, in the South East of the country.

At dawn of May 2, in the zone of Slaviansk of the Donetsk region, two Mi-24 helicopters of the Armed Forces of Ukraine were shot down, which performed aerial patrols. As a result of the shooting, two soldiers were killed and several were injured in varying degrees,´ said a statement of Interior.

Arsen Avakov, Interior Minister reported that the Ukrainian forces already control nine control stations that were previously in the hands of pro-Russian and `true fighting with heavy weapons occur.”

`The operation is going according to the planned,´ he added, and noted: `I’m here along with the Defense Minister and the Chief of the National Guard.´ For its part, the Security Service of Ukraine accused `foreign´ forces of participating in the defense of the city. 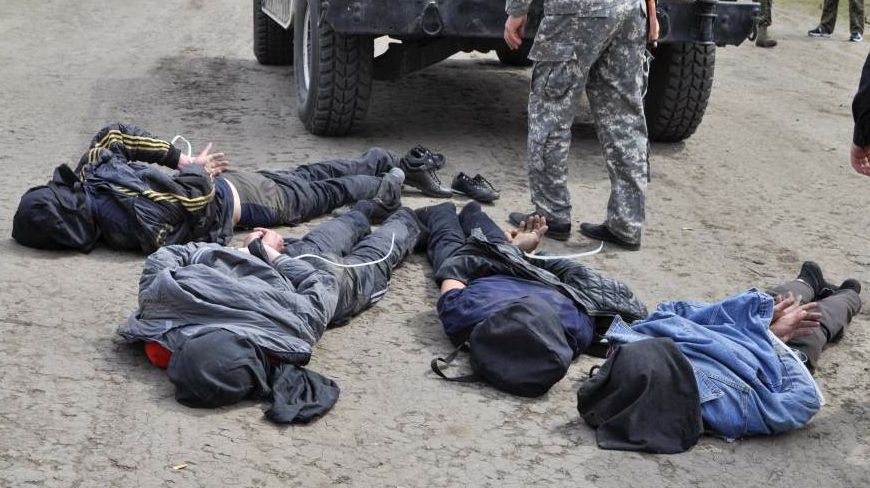 Four suspects of down a Ukrainian helicopter after their arrest in the city of Slaviansk, Ukraine.