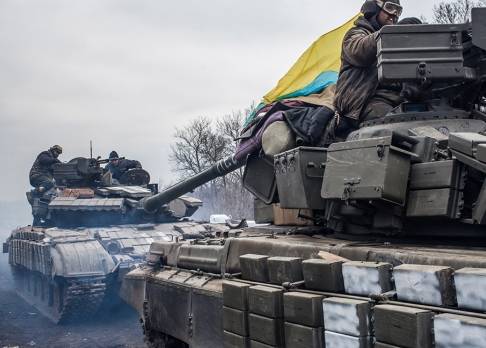 The Ukrainian Army announced on Thursday the withdrawal of its heavy weaponry from the line that separates their positions of pro-Russian militants in the conflict zone in the east.

“In compliance with the agreements reached in Minsk on February 12, Ukraine begins today to withdraw 100 mm artillery from line separation of forces,” reported the General Staff of the Ukrainian army through a statement.

The General Staff has emphasized that this measure is “the first step in the withdrawal of heavy weapons” and that will take place under the supervision and verification of the Organization for Security and Cooperation of Europe (OSCE).

“The Ukrainian side demands a total ceasefire and immediate compliance with the Minsk agreements by all its signatories,” the statement added.

The Ukrainian high command warned that “in case of attack attempts (pro-Russian), the schedule of heavy weapons withdrawal will be corrected,” adding that “the Ukrainian troops are fully prepared to defend the country.”