On Wednesday the United Nations (UN) warned that the Israeli army attacks on Gaza, which have killed 620 Palestinians, including at least 147 children and 74 women, could be considered as war crimes.

The organization also questioned “the indiscriminate attacks on civilian areas by the Islamic Resistant Movement (Hamas) and other Palestinian armed groups.”

The warning was made by the United Nations High Commissioner for Human Rights, Navi Pillay, before the Human Rights Council of the UN, which held a special meeting this Wednesday on the Israeli incursion. “The examples I just mentioned (description of Israeli attacks on unarmed civilians) seems to show that the international humanitarian law has been violated to an extent that could amount to war crimes,” she said.

Pillay placed special emphasis on the high price paid by children and recalled the case of four children who were killed and seven others were seriously injured while playing on the beach. “The disregard for international humanitarian law became evident when air and naval bombardment aimed directly at seven children playing on the beach and they obviously were not participating in hostilities,” she argued. 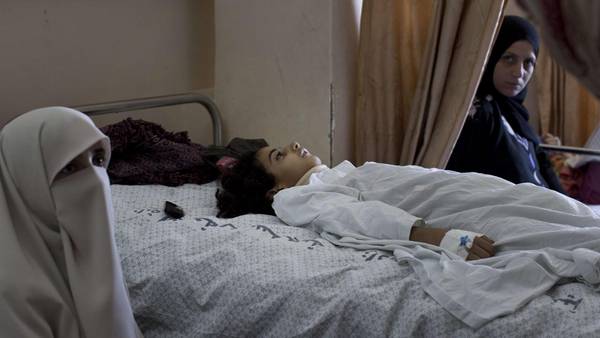 A Palestine child is being attended at a Hospital after being injured by Israeli bombings.