UN announces the creation of the Nelson Mandela Award 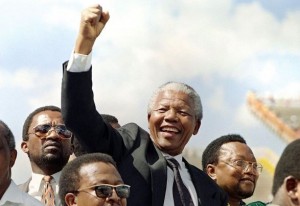 The General Assembly of the United Nations today unanimously approved the creation of the Nelson Mandela Award in acknowledgment of the significant contributions and the objectives fulfillment of the organization by Mandela.

The principal organ of the UN thus pays tribute to the global icon of the struggle against racism and exclusion, who died in December 2013 at age 95.

The UN Secretary General Ban Ki-moon qualifies the decision of the Assembly as “historic”.

He also noted that the world continues mourning the death of Madiba, winner of the 1993 Nobel Peace Prize and the first black president in the history of his native South Africa.