Ecuador is the third country with the highest volume of drug seizures , only behind Colombia and the United States, according to the World Drug Report 2022, presented this Monday, August 8, in Quito by the United Nations Office on Drugs ( UNODC ). 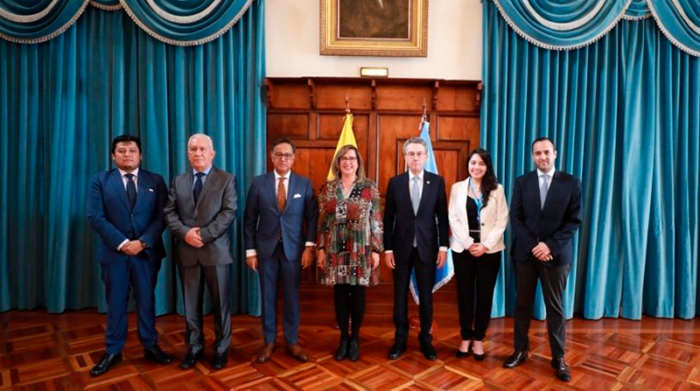 This was stated by Antonio Di Leo , representative of the United Nations Office on Drugs and Crime for Ecuador and Peru, noting that Ecuador registered 6.6% of seizures, after Colombia (41%) and the United States. (eleven%).

Di Leo congratulated the Ministry of the Interior , the Police, Customs and the Government of Ecuador for “demonstrating their commitment and for the results achieved”, which broke the annual record in 2021 with 210 tons of drugs seized.

The UNDOC representative noted that the total amount of cocaine seized in South America “is now five times greater than in North America in contrast to the period 1999-2001.”

Likewise, he pointed out as the main ports of departure by sea to Buenaventura and Cartagena (Colombia), Guayaquil (Ecuador), and also the port of Santos, in the state of Sao Paulo (Brazil).

Based on seizure data, the most important countries of departure from South America between 2015-2021 include Brazil, Ecuador and Colombia.

90% of cocaine moves by sea

According to the Report, almost 90% of the cocaine seized in the world last year “was trafficked in containers and/or by sea.”

In 20 countries of Latin America and the Caribbean, the UN has a program of 40 port control units; the 4 that are in Ecuador seized almost 55 tons, the largest record in the region.

“To date, those four units have seized 79% of the total amount seized” in 2021 and “a new record could be expected for this year,” he noted.

Di Leo added that only 12% of the cocaine seized by port control units in 2021 in Ecuador had the Andean country as its final destination, and the rest went to “the Netherlands, Belgium, Spain, but growing trafficking to Africa and Asia”.

Due to its geographical position, being between the two largest cocaine producers in the world such as Colombia and Peru, different chemical substances transit through Ecuador for drug production, he said.

According to the global report, there is continued growth in drug production and trafficking , Di Leo said, noting that the legalization of cannabis in some parts of the world appears to have accelerated daily use and related health consequences.

Another important finding of the study has to do with the increase in drug use compared to the previous decade: “around 284 million people, between 15 and 64 years old, used drugs worldwide in 2020, which represents a 26% increase over the previous decade,” he said.

Amphetamine trafficking was also found to continue to expand geographically, with 117 countries reporting seizures of methamphetamine between 2017 and 2020, compared to 84 between 2006 and 2010.

The quantities of methamphetamines seized increased fivefold between 2010 and 2020.

Cocaine on the rise

According to the expert, the “cocaine market is booming” with new all-time highs in manufacturing and high levels of consumption.

However, there is an increase in the levels of cocaine manufacture , especially in Colombia , where “despite a clear decrease” in the area under cultivation, there was a “continuous concentration of crops in areas with high levels of yield and with sophisticated technical knowledge.

“In other words, more cocaine with less coca leaves,” he said, noting that manufacturing increased 8% in Colombia and a combined 16.5% in Peru and Bolivia.

The global manufacture of cocaine “has more than doubled since the minimum of 2014,” he stressed, reiterating that “cocaine trafficking continues to grow and the flows point to North America and Europe as the main markets, although there are increases in the levels of trafficking towards Africa and Asia.