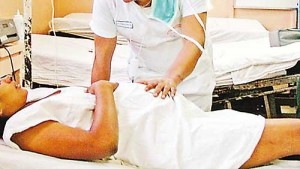 The UN Committee on the Elimination of Discrimination against Women (CEDAW), recommended Ecuador this March 6 it should decriminalize the abortion in cases of rape, incest and serious malformation of the fetus:

“The parliamentary discussions regarding the Penal Code did not consider the decriminalization of abortion even in cases of pregnancies resulting from rape, incest or severe fetal malformation,” reads the report.