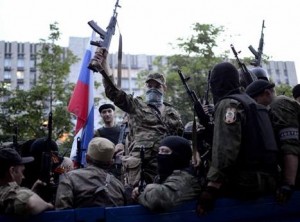 The Office of Human Rights of the United Nations today unveiled a report that indicates that at least 331 people were killed in eastern Ukraine despite the cease-fire of last September 5 between the Ukrainian forces and pro-Russian separatist.

The report, prepared by organism observers in the field, states that the armed conflict in eastern Ukraine already caused a total of 3,660 deaths since its inception in late April.

It also adds that 8,756 people were injured in the fighting, 376,000 people were forcibly displaced from the Donetsk and Lugansk regions, main rebel strongholds.

Furthermore, more than five million people living in the affected areas were deprived of their fundamental rights, the UN posted in its report.

Relatives of missing students in Mexico summon a march