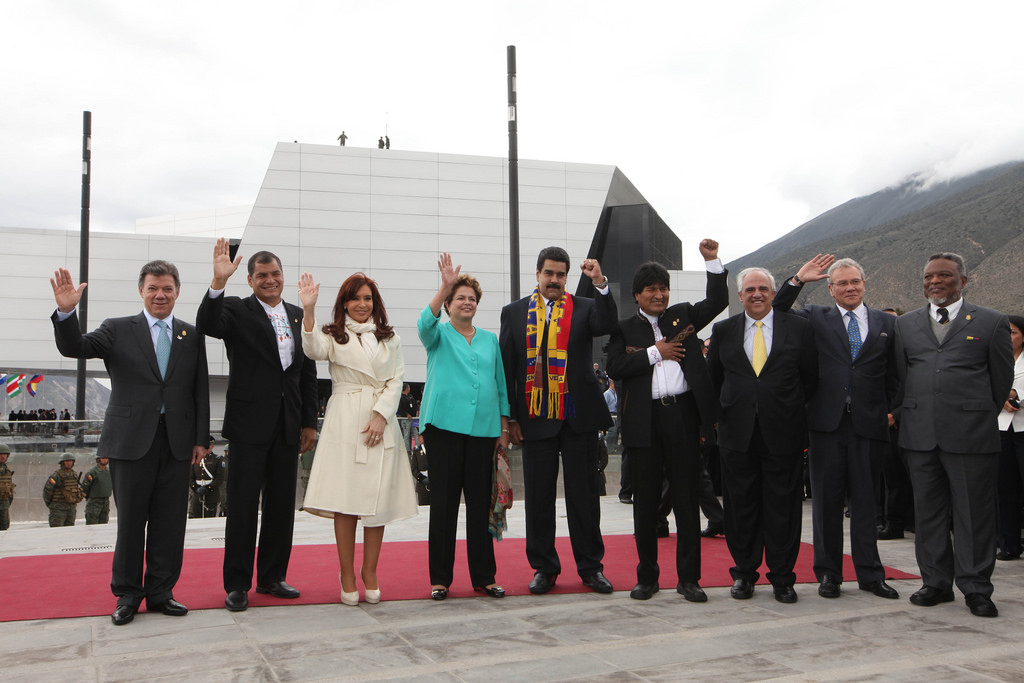 The Ecuadorian Government yesterday inaugurated the Union of South American Nations (Unasur) in Quito, which cost $ 43.5 million and that, according to the host president, Rafael Correa, is the most modern in Latin America.

The meeting was not attended by Ollanta Humala of Peru and Michelle Bachelet of Chile.

The activities started from 08:30 with the arrival of Correa in the middle of a long motorcade.

During his intervention Correa noted that its aspirations is that the secretary of UNASUR, Ernesto Samper can consolidate South American citizenship, the “real confirmation of our unity.”

He also emphasized that members’ countries must ensure that South America is a region of peace. With unite us we can shape the world’s greatest power. “