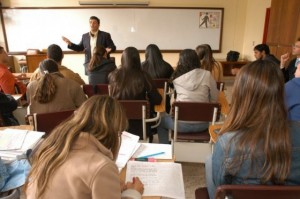 The Union of South American Nations (Unasur for its Spanish acronym) will launch a scholarship and recognition to the scientific merit program, to promote regional integration in education and reward work in the area of new technologies, renewable energy and bio-knowledge.

The declaration of the meeting also establishes as a priority of the Cosucti “to perform joint scientific research and knowledge management in the science, technology and innovation, which contribute to the integral development of each country.”

Secretary of the Venezuelan opposition alliance MUD resigns his post