Unilateral ceasefire from the FARC began in Colombia 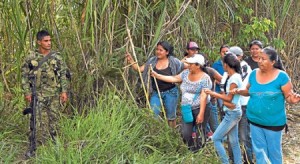 Early yesterday started the unilateral and indefinite cease-fire from the Revolutionary Armed Forces of Colombia (FARC for its Spanish acronym).

The truce began at 00:01 and is the first of unilateral and indefinite character since the start of peace talks in Cuba, in November of 2012.

“A unilateral and indefinite cease-fire starts from the FARC, is a positive step in the right direction, I hope that is supplemented by other gestures to go de-escalating this conflict,” Colombian President Juan Manuel Santos said on Thursday.

The FARC called for international oversight to verify the ceasefire and ensured that it will end if their units are attacked by the army.

Princess Cristina will be judged by tax offenses