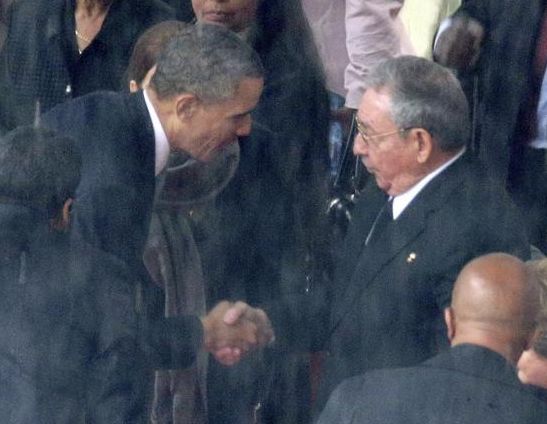 The presidents Barack Obama (US) and Raul Castro (Cuba).

The United States and Cuba have agreed to resume diplomatic relations, economic links and travel issues, after half a century of enmity, government officials said this Wednesday.

The measure was agreed after a phone conversation on Tuesday between presidents Barack Obama (US) and Raul Castro (Cuba), in which both parties agreed on a prisoners exchange.

US President Barack Obama announced today the “end” of a policy towards Cuba that is “obsolete” and “has failed for decades,” in an appearance at the White House.

“We have agreed to restore diplomatic relations. This does not mean that the main thing hs been resolved: The economic blockade” in force since 1962, Castro warned for his part.

As part of the renewal of relations, Washington will soon open an embassy in Havana and will exchange visits of senior officials.

In addition, restrictions on travel as well as family type, government affairs and educational activities will be more flexible, although the tourist travels will continue prohibited.

NASA postpones launch of Dragon capsule to the space station