United States and NATO finalized 13 years of war in Afghanistan 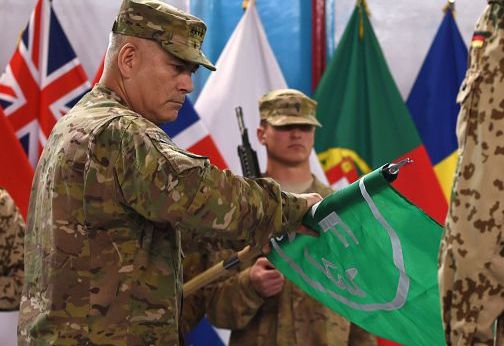 The US president, Barack Obama, stressed on Sunday the “responsible” end of the combat mission of NATO in Afghanistan, but warned that the country remains “a dangerous place.”

“Now, thanks to the extraordinary sacrifice of our men and women in uniform, our combat mission in Afghanistan comes to an end, and the longest war in history (13 years) in the United States is end responsibly,” said the president in a statement.

Thanks to this mission, “we are safer and our nation is safer,” remarked the president to remember that the United States will maintain a “limited military presence” from 2015 in Afghanistan to “train, advise and assist” local forces.

However, “Afghanistan remains a dangerous place, and the Afghan people and their security forces continue to make tremendous sacrifices in defense of their country,” admitted the president.

Earlier, the fighting force of NATO (ISAF) had lowered its flag in a formal ceremony in Kabul.

The NATO force in Afghanistan should be in effect replaced the January 1, 2015 by 12,500 foreign soldiers, mostly Americans, stationed theoretically to fulfill this role for assistance.