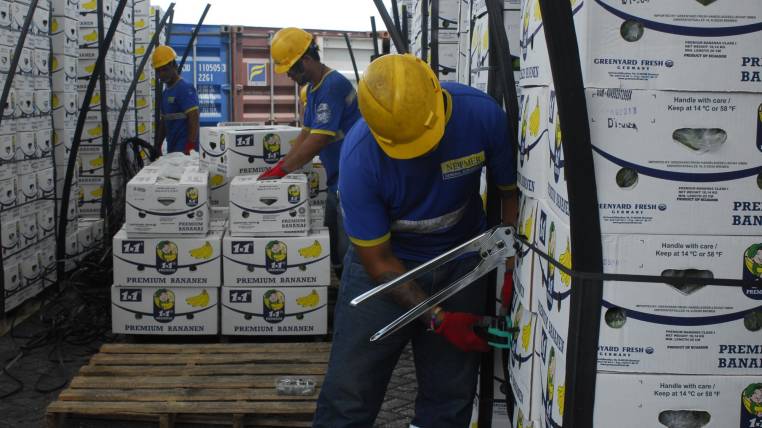 The US Government renewed its General Tariff Preference System (GSP) for Ecuador on March 23, which will benefit more than 800 companies and 300 export products of the country with the tax exemption, informed the Minister of Foreign Trade, Pablo Campana.

“We have good news” for the country, Campana said in a press conference in which he affirmed that the president of the United States, Donald Trump, recently approved the GSP for 122 countries in the world, including Ecuador.

He recalled that last February that regulation was approved by the House of Representatives and this March 23 the Senate did.

With the signing of President Trump, the GSP approval process “culminated with excellent results,” said Campana, noting that this decision benefits more than 840 exporters and more than 300 products that come from large, medium and small companies throughout the country.

The minister expressed his satisfaction with the approval of the SGP, but said that Ecuadorians “are going for more” with a strategy that seeks to strengthen commercial relations with important markets such as the United States itself.

“Ecuador is integrated into the world” with a policy that, in short, seeks welfare for all Ecuadorians, said the minister, highlighting the benefits of the measure.

The tariff preferences will be in effect for Ecuador until December 31 of the year 2020, with retroactive effect, since the previous renewal of the SGP expired on December 31st.

According to the Ministry of Foreign Trade, the net savings that the country will obtain for the liberation of tariffs, under the GSP, is 18 million dollars.

With the GSP in effect, it facilitates the “entry of Ecuadorian products without tariffs (to the US), which makes us more competitive compared to other countries that have extensive trade agreements” with the United States, Campana added.

Ecuador, among the short-term objectives with the US, includes the reactivation of the Trade and Investment Council, whose last meeting was held in 2009.

The Ministry of Commerce considers that this dialogue mechanism is the most appropriate way to establish commitments aimed at facilitating exchange, as well as to discuss and jointly define options for the strengthening and deepening of economic relations between both nations in the medium term long term.

On February 19, Campana told Efe that the negotiation of a trade agreement between Ecuador and the United States did not have another obstacle at that moment other than with the “agenda” of the two governments.

“The only obstacles we have are the agendas of both countries, negotiations. For example, the USA is very concentrated with NAFTA, Canada and Mexico, and also with South Korea and Japan, “said the minister when asked by the state of these talks.

Campana, who has already been to that country three times, assured that there are no ideological obstacles anymore, and that what Ecuador has transmitted is its willingness to stand in line.

“Ecuador is saying let’s go to the line, we’re interested in strengthening relations, opening our trade,” he said about the will of Lenin Moreno’s government to reach an agreement with the US giant, as it did with the European Union (EU).

The agreement sought by Ecuador, he said, is “a global agreement similar to that of the EU with the exception that it would be bilateral and not multipart.” (I)

The country risk grew 102 points between January and March