Uribe Tried to Dissuade Venezuela, According to WikiLeaks

On 2009, the former Colombian president Alvaro Uribe negotiated a military treaty with Washington to dissuade a possible aggression from Venezuela. This was revealed by the Spanish newspaper El País in one of the documents of WikiLeaks on Saturday. 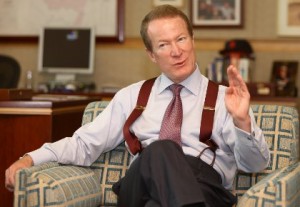 The document, from February 5 of 2009, was remitted to Washington by William Brownfield, the former United States Ambassador in Bogota.

The official wrote that the current Colombian president, in that time the Ministry of Defense, Juan Manuel Santos, who was one of the main responsible people to allow USA militaries operate on seven Colombian bases which was finally left without effect by the Bogota Justice on August 18 of 2010.

Meanwhile the USA Vice President, Joe Biden, stated on an interview with the NBC that he considers Julian Assange, WikiLeaks founder, as technological terrorist. He also said that the Justice Department of United States is looking for legal ways to sue him.