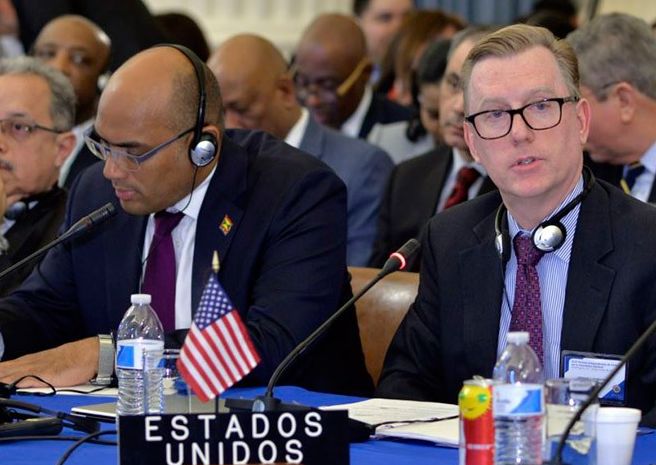 The United States denied on Thursday the alleged plot of a “military invasion” in Venezuela and defended its “sovereign” right to impose sanctions on that country, while it urged the OAS to “rule on” the “violations” of human rights in the South American nation.

“My government wants to make something clear here: we are not preparing a military intervention. We do not seek to destabilize the Venezuelan government with a coup d’état (…). There is not an extra-territorial component in the sanctions; they are domestic legislation,” said the Interim permanent representative of the US to the OAS, Michael Fitzpatrick.

Fitzpatrick’s statement comes after the Chancellor of Venezuela, Delcy Rodriguez, alerted that the US is planning a “military intervention” against her country during a special meeting of the Permanent Council of the OAS.

The US official defended the declaration of “national emergency” issued by US President Barack Obama, who declared as a “threat” the situation in Venezuela to US national security and imposed sanctions to seven Venezuelan officials.