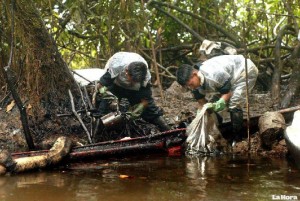 On Tuesday, an appeals court of the US rejected a request of Ecuador against a international arbitration decision that favored the Chevron Corporation with $ 96 million, in the latest development of a decades dispute by the exploitation of oil fields in the South American country.

The appeals court of the District of Columbia ratified the 2011 decision of an arbitration committee of The Hague, where Chevron claimed that Ecuador had violated international treaties by failing to resolve its trade disputes between the parties at the appropriate time.

In a statement, a spokesman for Chevron said that the company was “satisfied” and calculated the amount of $ 106 million, including interests.