US Officer arrives to Ecuador to strengthen bilateral relations 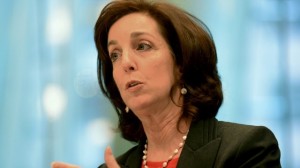 Roberta S. Jacobson, Secretary of State for Western Hemisphere Affairs of U.S.A, will mantain between November 3 and 4 a series of meetings with representatives politics, economy and media sectors. The meetings will also be specified for commercial and civil society to discuss future collaborations and commitments leaders.

The US embassy, ​​in a statement, confirmed that Jacobson will visit Quito from 2 to 5 November.