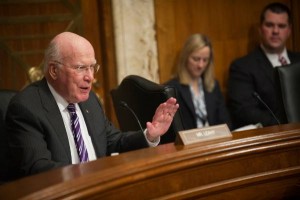 A Democratic senator denounced the attacks and the lawsuit against Ecuadorian legislator Lourdes Tiban (Pachakutik party). “Ecuador is a country where judicial independence is seriously compromised,” wrote Patrick Leahy in a text shared with 99 members of the Senate.

“We need to condemn these attacks against freedom of expression, political rights and rights of the indigenous population and we must defend judicial independence which is essential to democracy …”

Leahy believes that the demand of a militant of the ruling party against Tiban would be a retaliation against the accusations of the indigenous leader and her critical stance on the regime.

Senator referred to Tiban as one of the most important defenders of freedom of expression and of indigenous and social rights in Ecuador.

The Ecuadorian embassy told to the Associated Press it has “full confidence” that the investigation into the incidents related to Tiban “will have satisfactory results.”