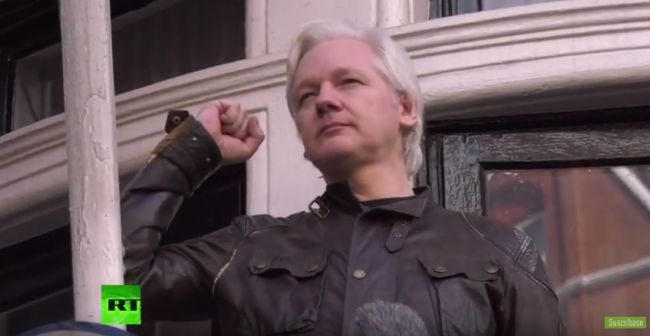 A group of US Senate Democrats urged the vice president of that nation, Mike Pence, to “press” the government of Ecuador, commanded by President Lenin Moreno, on the asylum granted to the founder of WikiLeaks, Julian Assange, at the Embassy Ecuador in London. The request arises in connection with the visit of the Second President to the country.

Although it has not been officially reported that the asylum granted by Ecuador to Julian Assange is one of the topics to be discussed, the matter becomes important after the dissemination of a letter, to which the American agency Associated Press had access, from a group of senators.

“It is imperative that I raise the concerns of the United States with President Moreno,” the letter said, and in another passage it emphasizes: “WikiLeaks continues its efforts to undermine democratic processes worldwide,” he says.

Ecuador granted asylum to Assange in 2012, who is currently a refugee at the Embassy of Ecuador in London, and has even been granted Ecuadorian nationality.

The Government of Lenin Moreno has admitted that the case of Assange has been “inherited” from the previous administration of Rafael Correa, including the current Foreign Minister of the country, José Valencia, has reported that an asylum cannot be forever, opening the possibility for an eventual exit to the subject. (I)

Bodies of journalists will be buried after 93 painful days