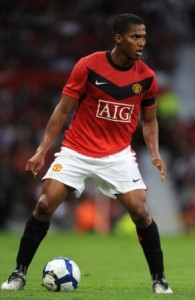 Ecuadorian soccer player, Luis Antonio Valencia was intervened surgically Wednesday morning in the city of Manchester. Valencia was seriously injured last Tuesday during the last minutes of the game of the Champions League in Europe.

It is expected that in the next few hours the doctors of the Manchester United present a report of the current condition and the results of the medical intervention on Valencia. He suffered a closed double fracture on the tibia and the fibula of his left leg.

Sixto Curipoma the physical therapist, in which Valencia trusts, discussed with the Ecuavisa media channel his concern about the injury of the player and how it has shocked the whole world. “His recovery can be in three or four months, but it can be more time if complications arise”, Curipoma stated.