On Sunday, Venezuelan Foreign Minister Rafael Ramirez said he will denounce before the international community, the aggression that, in his point of view, the United States runs against Venezuela and encourages opponents who bet “on violence.”

“There are sectors of Venezuelan extreme right-wing, closely linked to the American tutelage, that are still committed to violence” and are encouraged by American authorities for which “there is no international law, there are no boundaries,” Ramirez said in an interview with the Caracas Televen private channel.

Ramirez also announced that the government of President Nicolas Maduro will “activate the support of the international community to denounce what has become in the United States, the development of a kind of chaos in their relationship with the world.” “Not only did they attack us” because they “believe this (Venezuela) is kind of a colonial protectorate,” but simply becayse they decide to go against anyone unilaterally “and so they do.” 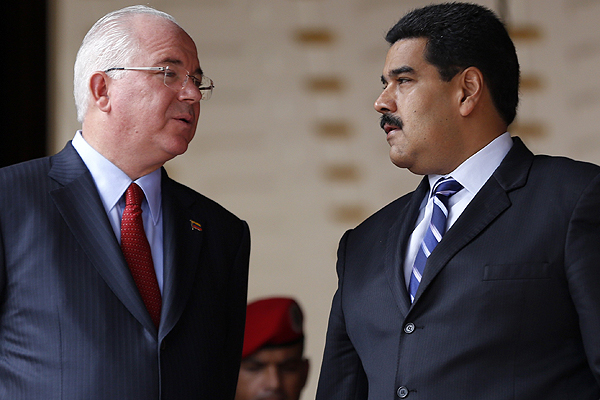