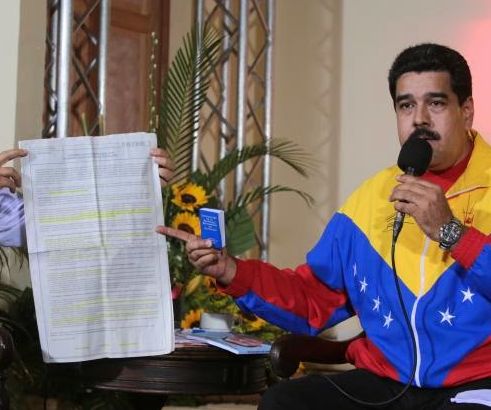 Venezuelan President Nicolas Maduro announced on Thursday they thwarted a “coup attempt” by “a group of officers of the military aviation,” who were already detained and who allegedly would have been financed by the United States.

“We have disrupted, we have foiled a coup attempt against democracy and the stability of our country. It is about an attempt to use a group of officers of military aviation to provoke a violent event, an attempt, an attack,” said the president during a ceremony in Caracas.

We made very significant arrests yesterday (Wednesday), at night, in the morning and today (Thursday),” Maduro said, without specifying names or ranks of the officers arrested.

The president said that the plan intended to “raise a Tucano plane, pilot the Tucano plane and attack the Palacio de Miraflores (presidency) or the place where I participated in some of these manifestations,” which were held on that day.

He added that the alleged plan would be run “from Washington” and would also include “attacking other targets already aimed, (television network) Telesur was one of them, the ministry of defense, etc, etc.”