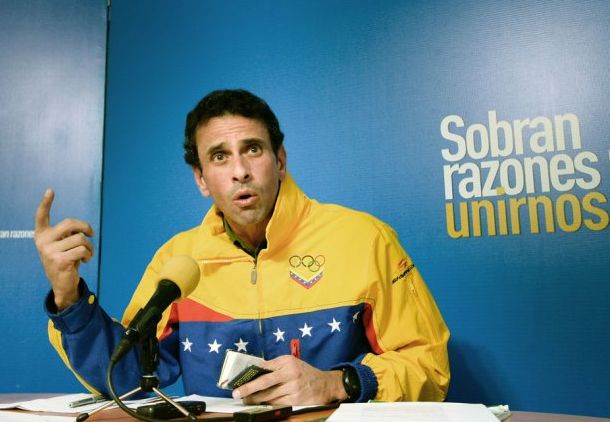 The Venezuelan opposition leader Henrique Capriles said that the government of Nicolas Maduro is capable of suspending the legislative elections scheduled for the end of the year by the decline in surveys results and the severe economic crisis that hits the country.

“The government had never before a scenario with this difference (in the polls) before an election. Now they have it. How does it change it? It tangles the game! Are they capable to suspend (the elections?) I think they are capable of anything,” said in an interview on Tuesday with two international media, one of them AFP.

Capriles said that the government is looking for Venezuelans “pisen el peine (fall into the trap) of violence” to “scare people” and warned that the idea of ​​suspending the election “is a bomb the government can make explode.”

Maduro, successor to the late President Hugo Chavez announced a month ago that in June supporters of the ruling party shall go to a primary election to choose their candidate ago.