Venezuelan opposition chain themselves as a symbol of protest

About 40 young people decided this Tuesday to radicalize their protest against the government of Nicolas Maduro and put chains on their necks and waists, which then tied for several hours to lampposts, railings and small tree trunks.

“We declare on civil revolt. Starting today we decree that we are against the regime that seeks to govern us,” said Geraldin Martinez, a 20 year old student of the Simon Bolivar State University while she was lying on a sidewalk with her ​​head on a pillow and in turn chained to a lamppost.

“The government plays deaf… we are here chained until the government cease its functions because we do not recognize it as a legitimate government,” Martinez said. “Freedom has a price and we are willing to pay,” said the young girl, who also explained that only leaves the post to which she is chained to, to go to the toilet or to her tent for resting.

Since last February Venezuela has been rocked by protests from university students and opponents, essentially middle class, against the unbridled inflation, shortages of basic goods and a high crime rate. 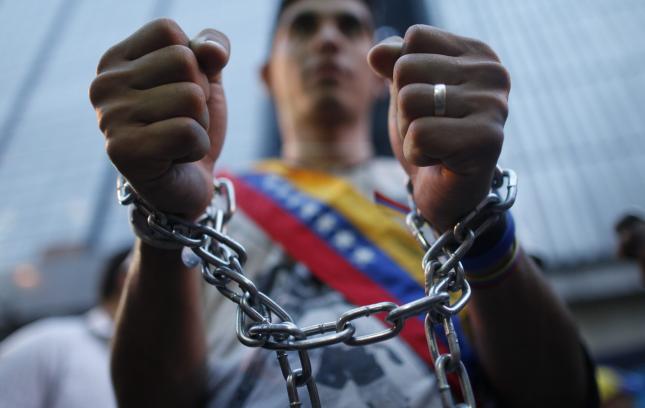 Education credits will have a funding of up to 15 years