BREAKING NEWS
Richard Carapaz, the tenth highest paid cyclist in the world
World’s museums face post-pandemic
Private airlines will cover Tame’s exclusive routes
President Lenín Moreno announces the elimination of the Anti-Corruption Secretariat in the face of complaints about interference in investigations
What is the ‘right to disconnect’ for people who telecommute?
Simone Cecchini, ECLAC official: Ecuador will decrease in a ‘dramatic’ way
Farm Boutique, the answer to the health crisis in popular areas of Ecuador
Chinese experts share their experience of the coronavirus with Ecuador
Teachers learn online and add e-learning to their resume
Humanitarian Law reduces working hours to maintain employment

Victims of human rights violations are driving the process 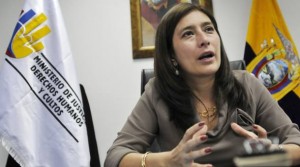 Families of victims and human rights groups involved in the 136 cases investigated by the Truth Commission for delay in judicialization met to form a dialogue table to promote the process of these.

The missing Truth Commission investigated these cases, including abuses and violations of human rights.

Among the violations victims organizations of human rights and crimes against humanity are families committees of the AVC former members , Taura commands and the victims of the case ‘Newfoundland’, among others.

To overcome the delay of the Prosecution in the judialization of these cases, the spokeswoman for the table and the Former Member of AVC, Susana Cajas, said she will work together with this organization of law.

Putin supports peace talks between Colombia and the FARC