Vinicio and Fernando Alvarado must appear on court on Monday, February 26 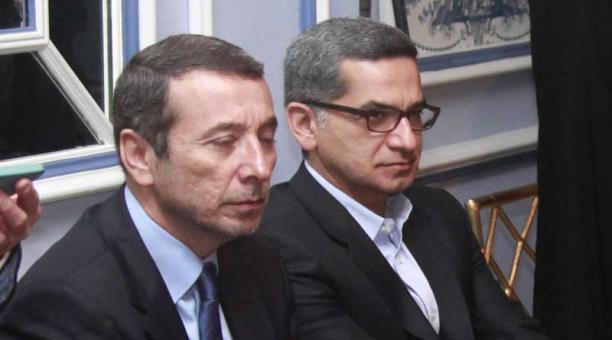 The prosecutor Fabián Salazar called the brothers Fernando and Vinicio Alvarado to render version. They are investigated after filtering report ROII 2018-003 of the Financial Analysis Unit, on “unusual and unjustified operations”.

The diligence will be carried out next Monday, February 26, 2018, at 08:30 in the Prior Inquiries Unit of the Attorney General’s Office in Quito, Salazar said. It is the first statement that the former ministers can give.

Since January, the Prosecutor’s Office has handled a confidential file on the financial movements of the companies of the former employees, their accounts and those of their wives. The document concludes that Fernando and Vinicio Alvarado, their wives and the companies Creacional and Arkae recorded revenues of USD 161.3 million from 2010 to 2017.

This is despite the fact that the Public Procurement Law (Article 63) prohibits the State from contracting companies of public officials or their relatives. Vinicio Alvarado, in a statement, said that the financial report on him and his family does not present “accusatory conclusions.” And he noted that “there is absolutely nothing irregular” about the origin of their heritage.

After the case was made public, the Office of the Comptroller initiated special examinations of the declarations of the former ministers during that decade. The controller in charge, Pablo Celi, confirmed that they also analyze alleged Alvarado companies that they would have contracted with Decentralized Autonomous Governments. (I)

Spanish program “The Tourist” went through tourist sites in Ecuador