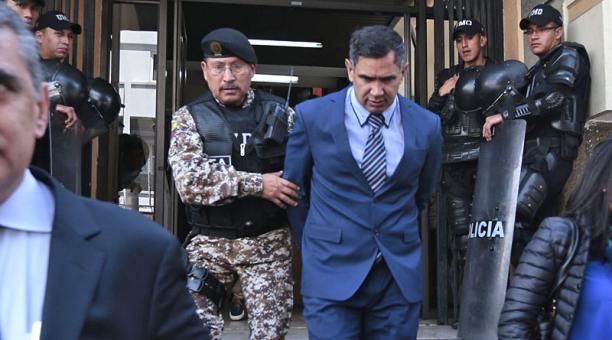 Vinicio Luna will collaborate as a prosecution witness. This was agreed by the former selection coordinator of the Ecuadorian Football Federation (FEF) with prosecutor Diana Salazar, during the hearing of summary proceedings held on Tuesday 3 May, in Quito.

That day, Luna, charged for alleged money laundering, was sentenced to one year in prison having admitted the facts. The Attorney General´s office requested to Judge Ana Lucia Cevallos, of the Criminal Judicial Unit of Pichincha, this type of quick trial and did so during the preparatory trial hearing.

This information was released by Juan Carlos Machuca, attorney for Luis Chiriboga, former president of the FEF. During a press conference held Tuesday afternoon May 10, 2016. “We have nothing to worry about because captain Luna does not know nothing about a crime that has not been proven,” he said.

Adolfo Cadena, attorney for Luna, confirmed to this newspaper that his client will be a prosecution witness in a future trial hearing against Chiriboga and two other former officials of Ecuafutbol. Although for them the trial is suspended while they remain fugitives from justice.