Votes in Haitinian Election will be Valid 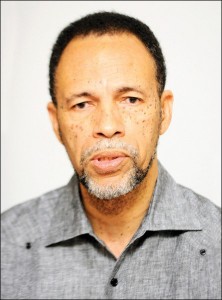 “Precipitous, hasty and regrettable,” that is how Ambassor Colin Granderson, the head of a joint monitoring team from the Organization of American States and the Caribbean Community, described the candidates’ allegations.

International observers, who monitored Sunday’s elections in Haiti, ordered the vote counting to continue and the results to be valid—presidential candidates of the country wanted to call off the votes due to a massive fraud—. The observers (120) declared there were some irregularities at the polls but they were not as extensive enough to annul the votes.

12 of 19 presidential candidates called for the election to be in validated affirming former president Rene Preval manipulated the voting process so that Jude Celestin, his protégé, would win.

“We’re aware of the perceptions that things went badly, but we’ve looked very carefully at what took place in voting centers and tried to be as objective as we could,” said Granderson, who also informed the voting process irregularities—many Haitinians could not find their names on the voter rolls—, however, they only represented 4%.

The results are going to be revealed on earliest December 7th and certainly the two leading candidates will be among the ones who are requesting the votes’ annulment.