Water Law creates six entities for control of the resource 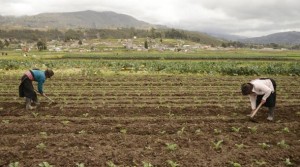 These adds to the existing Advisory Councils of Water and the Public Water Company, created by executive order two months ago.

Rocío Cachimuel, President of the Indigenous and Peasant Federation of Imbabura (FICL for its Spanish acronym) explains that the Sole Authority will establish parameters to define the volume of rainwater that can be stored. “The state wants to have total control of the water without respecting the processes that we have had as boards and communities”, she said.

The Vice president of the Committee for Food Sovereignty of the National Assembly, Mauricio Proaño (AP), says that such regulation is necessary because the rivers require rainwater in the upper parts of the basin and if someone stores the liquid it does not reach the low for parts for its irrigation.

Citizenship will decided the remodeling of the Olimpico Atahualpa Stadium, according to Glas

National Communications Secretary talks about the “arrogance” of Ecuavisa