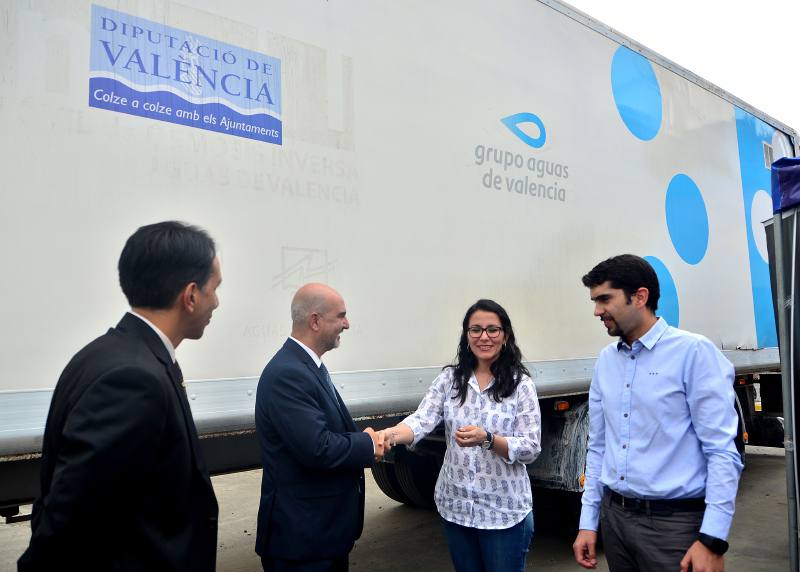 A water treatment plant, that will be able to supply up to 150,000 people, was presented yesterday at the Contecon facilities in the seaport of Guayaquil.

This plant -whose cost is between $ 2 million and $ 3 million,- is a donation from the Spanish group Aguas de Valencia and will benefit those affected by the earthquake of April 16.

Karina Cedeno, representative of the National Water Secretariat (Senagua), indicated that the village where the portable plant will be located has not yet been defined. However, she said it could be installed in Portoviejo or Pedernales, the latter city among the most affected.

Carlos Jaramillo, of the public water company of Duran, thanked Aguas de Valencia for the donation and gave details on the operation of the device, which can process up to 1.2 million liters of water per day.