The weakening that the US dollar has had is an advantage for Ecuadorian exports , especially for those that reach Europe and Asia. 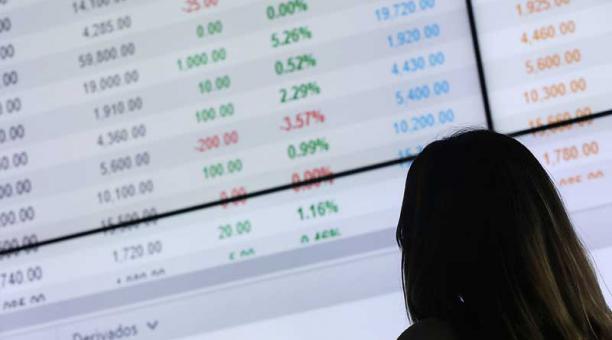 Domestic products become attractive because they are getting cheaper compared to competing countries, whose currencies are appreciating.

The streak has been positive especially with the European markets , not only because of the downward trend of the dollar against the euro and other European currencies, but also because of the demand in general -especially for food products-, says Felipe Ribadeneira, president of the Ecuadorian Federation of Exporters (Fedexpor).

But he warns that “this trend must be read with tweezers, because although it is gaining ground (in exports), there is still a long way to go before foreign currencies reach the levels they had before the pandemic .”

The trade balance from January to July this year reflects a good performance of non-oil exports , amid the global context due to the covid-19 pandemic . Income of USD 8,397 million was generated, a figure higher by USD 636 million compared to the same period of 2019, according to the Central Bank of Ecuador (BCE).

Among the traditional products , bananas, shrimp and cocoa stand out, both in Europe and Asia. On the non-traditional side, there is good performance in mining and wood products.

For the moment, the country has one of the lowest prices of shrimp , which can be a window of opportunity to boost the market in Canada and Europe. As for bananas, the advantage was the appreciation of Central American currencies, says Xavier Orellana, former Vice Minister of Commerce.

The depreciation of the dollar helped the cocoa sector to recover markets, after months of alarm due to the drop in world demand.

Francisco Miranda, spokesman for the Association of Cacao and Industrialized Exporters (Anecacao), explained that as the dollar fell and the euro appreciated, exports to Europe gained momentum , since it is cheaper to transport the product.

“The main suppliers of cocoa to Europe are the African countries, their former colonies, because they have preferences. With a weak dollar the costs are offset, because now it is more profitable to carry our products, “he said.

Vicente Albornoz, a professor at the University of the Americas (UDLA), says that although the phenomenon is positive for Ecuador, this does not depend on its policies but on external factors . That is why – he notes – it is important that they accompany policies that promote competitiveness.

The decline in the greenback had a brake yesterday, September 21, 2020. The currency was strengthened by the appetite of investors in search of safe haven from fears of possible social confinements, due to an increase in cases of covid-19. Something similar happened in March, but then the dollar fell again.

Another element of uncertainty these days is the decision of the Congress of the United States to reach an agreement and approve new tax incentives , according to Reuters.

Although this raises alerts, it is expected to be only a temporary event, said Eduardo Egas, spokesman for the Corporation for the Promotion of Exports and Investments.

Egas mentions that the volatility of the currency shows once again the fragility of the national economy as it does not have a monetary policy and additional tools to help cushion the ups and downs of the foreign market.

Another effect of the moment that the dollar experiences is observed in remittances . As there is an appreciation of other currencies, emigrants living in these countries will be able to help their families more, since they will receive more dollars when making the change.

“Let’s not forget that they send remittances to pay debts or help with family maintenance, ” said analyst Rodrigo Mendieta, but he believes it will be a temporary impact.

In the first half of this year, USD 147.2 million less received from remittances, than in the same period of 2019.