What most imported the country in 2017 were cars and medicines 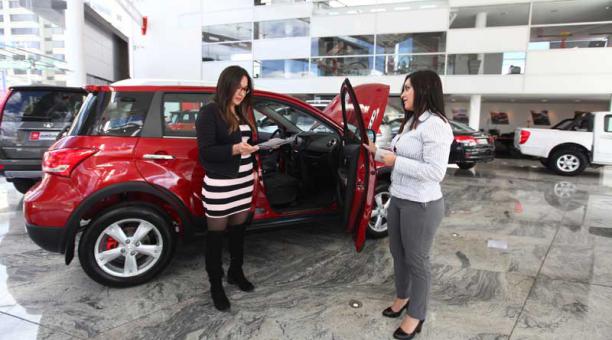 Light cars, medicine, metal manufactures, industrial machinery and household appliances were the products that were most imported into the non-oil segment during 2017, according to the Central Bank of Ecuador (BCE). Among these they added USD 3 516 million.

The main countries of purchase were South Korea, China, Japan, Mexico and the European Union. The ranking was led by the automotive sector, with a growth of 94% in relation to that registered in 2016. The gradual elimination of safeguards, in force from March 2015 to June 2017, and the dismantling of import quotas allowed for a greater offer of models and cheaper prices. This boosted the sector, says Pietro Pilo, general manager of the firm Ciauto.

However, he considers that comparing 2017 with the previous year does not offer an accurate panorama of the sector, since 2016 was an “atypical” year. “There were a lot of restrictions and quotas for cars. That meant that the year (2016) was on the downside, “he said, adding that” there was a very repressed demand that surfaced “during the past year.

In the recovery of the automotive sector also affected the gradual tariff reduction for vehicles as part of the Multiparty Agreement with the European Union (EU), which is effective from January 1, 2017. Importers of light vehicles that canceled 35% tariff before the agreement they paid 30.63% last year. And for this 2018 the tariff will have a second reduction to 26.25%.

The medicines were the main imported product of the European block. In second place are the industrial machinery and its parts; and third, vaccines, immunological products and plasma, which represented 22% of imports from the EU.

For the president of the Association of Ecuadorian Pharmaceutical Laboratories, Mario Rafael Ayala, imports of medicines accentuate the deficit in the trade balance for this item, of almost USD 80 million. That is why import substitution is considered fundamental, as there are products such as vitamins and analgesics that are produced locally. “There is an idle capacity, not used in pharmaceutical plants.”

In 2017, more than what was exported in non-oil goods was imported. These purchases increased 21% compared to 2016. With this, the deficit of the non-oil trade balance reached USD 3 468 million, although lower than the average of the last decade, which was USD 6 119 million.

The executive director of the Chamber of Commerce of Guayaquil, Juan Carlos Diaz-Granados, considers that greater access to the European market and the reduction of VAT are among the reasons for the increase in imports. “The country benefits from free trade because by lowering the costs of imports we are more competitive and productive, benefiting consumers and businesses.”

Alarcón believes that neither the import substitution programs nor the restrictions on foreign purchases applied in the past have served to strengthen the local industry as a whole. In total figures, the growth of imports during 2017 was 22%, according to the Ministry of Foreign Trade and Investment. The category of consumer goods was the fastest growing with 31%, then fuels and lubricants (28%), capital goods (19%) and raw materials (18%).

In June 2017, safeguards were terminated and VAT was reduced from 14% to 12%, which made imported products cheaper. Foreign purchases increased by 22% during 2017, in relation to the previous year. (I)

Moreno announces in the Amazon a reforestation plan to “green” Ecuador