While Ecuador is concerned about the earthquake, the Court decided on re-election of Correa 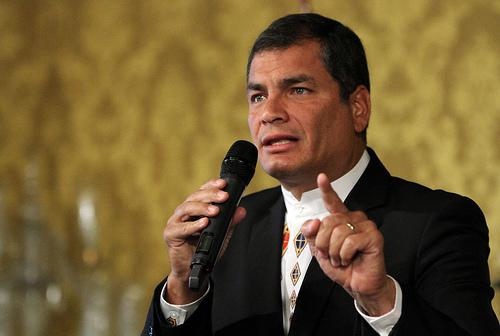 They published the opinion last Friday night on the website of the Constitucional Court, the same that would allow the reelection of President Correa after a referendum.

The next step is that the Constitutional Court approves the constitutionality of the question posed by the Rafael With You Always group. The request for consultation or referendum may be submitted by the president or any citizen group, to do this they must have the support of at least 8 percent of those registered in the electoral registry.

Once accepted the abovementioned requirements, the National Electoral Council will deliver the forms for the collection of signatures of support, for which a 180 days term will be given.
The request was made in March of last year, by the group called Rafael With You Always.