It is not a surprise that Gerardo Mejía is a candidate for councilor of Guayaquil for the United Society More Action (SUMA) party. In fact, the artist, businessman and Christian pastor, who became a figure recognized throughout the world for his hit Rico Suave, in the 90s, has already had a previous foray into Ecuadorian politics. 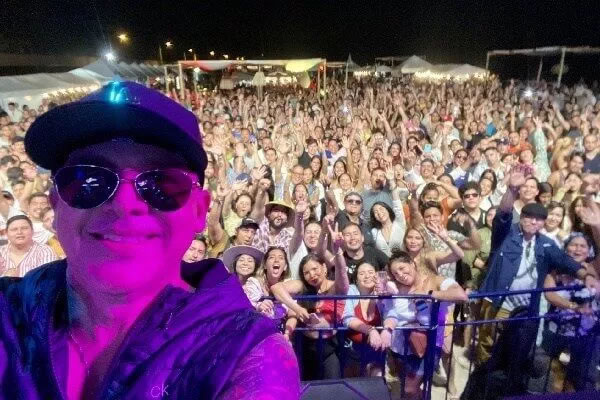 One that should have been two.

This is because with the Social Christian Party (PSC) he ran twice to be an assembly member abroad, in 2013 and 2017. However, a 2012 ruling by the Contentious Electoral Court prevented him from participating that first time, for having been affiliated with another political organization at the time. In 2017 he had no problem participating, he launched himself, but he did not get the position.

Now, he leaves aside the PSC and ventures to get a place in the Municipal Council of Guayaquil, leading the list of candidates for district 1 for SUMA. The candidate for mayor of Guayaquil from that party is Pedro Pablo Duart, former governor of Guayas.

“It is time to return and thank my dear Guayaquil for all the support that she has given me for so many years in my career…”, were Mejía’s statements, collected in a SUMA statement.

Leave Guayaquil and win the world

Gerardo Ernesto Mejía Aguilera is 57 years old and is from Guayaquil. He is married to Kathy Eicher and has three children and one granddaughter. At the age of 12, he left Ecuador with his family for Glendale, California, United States. At the age of 22, he began a career in show business with supporting roles in films and series, such as Supercarrier, from 1988, which only lasted one season and could be seen on Ecuadorian television.

However, his life turned upside down when his first album, Mo ‘Ritmo, appeared in 1991, catapulting him to stardom and reaching number 36 on Billboard in the United States alone. From that album, the hit Rico Suave and the covers of Oye como va —called Latin till I de— and We want the funk stand out.

Then came another seven more successful productions. Those that he combined with a career as an A & R executive —artist and repertoire, in charge of discovering new artists—, from where he helped launch other artists. The most important of these, Enrique Iglesias.

Currently, Gerardo Mejía is the senior pastor of the House of Grace church in Kentucky, where he is called Pastor G. He also runs the Rico Suave coffee venture, together with other entrepreneurs in the country, and which is sold via Amazon.